Curated by our editorsStories to fuel your mind 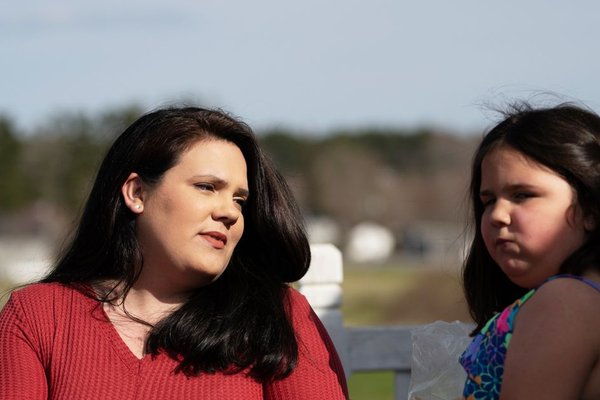 Six months of payments lifted millions of children out of poverty. Then they stopped. 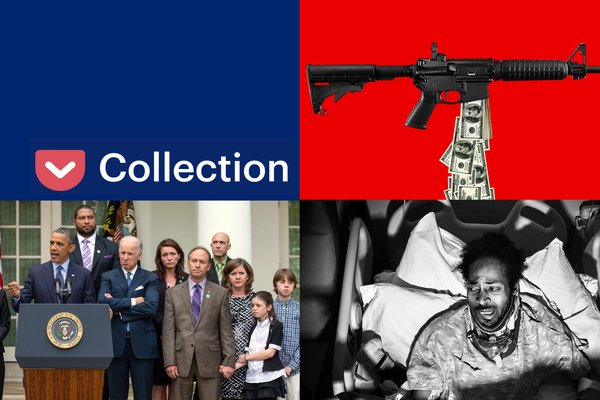 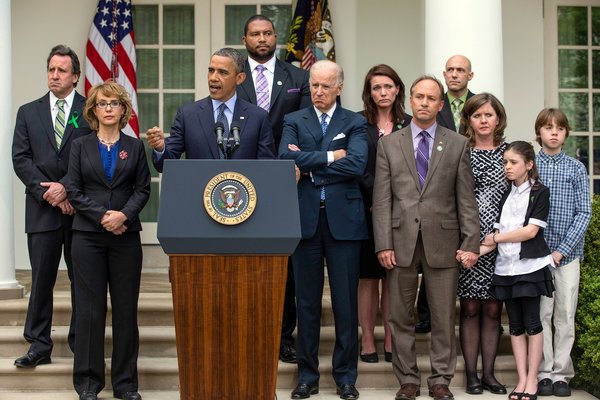 From Sandy Hook to Buffalo and Uvalde: Ten years of failure on gun control 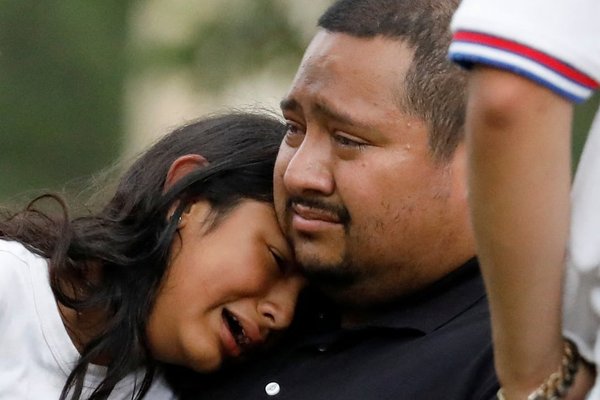 Ukraine endgames 2.0: Can either side ‘win’ this war?

Popular with Pocket readersStories from across the web 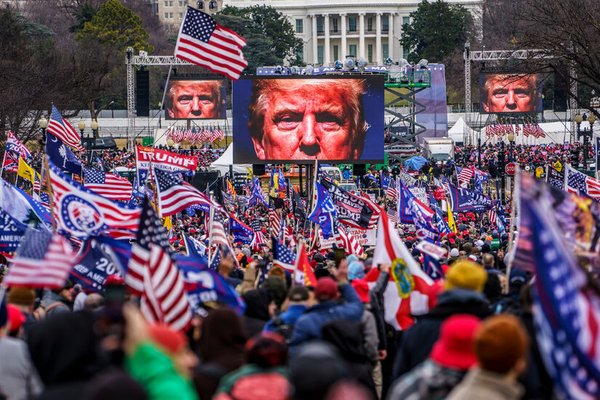 Why Would John Eastman Want to Overturn an Election for Trump?

The figure of John Eastman, a constitutional theorist, former law professor and legal adviser to Donald Trump, looms increasingly large in retrospectives on the events of Jan. 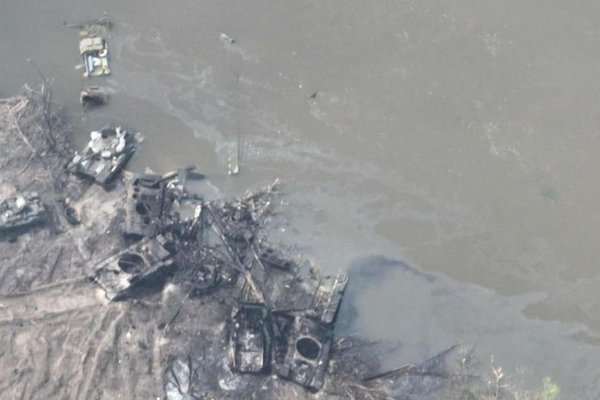 The better part of a Russian army battalion—50 or so vehicles and up to a thousand troops—in recent days tried to cross a pontoon bridge spanning the Siverskyi Donets River, running west to east between the separatist provinces of Donetsk and Luhansk in eastern Ukraine. 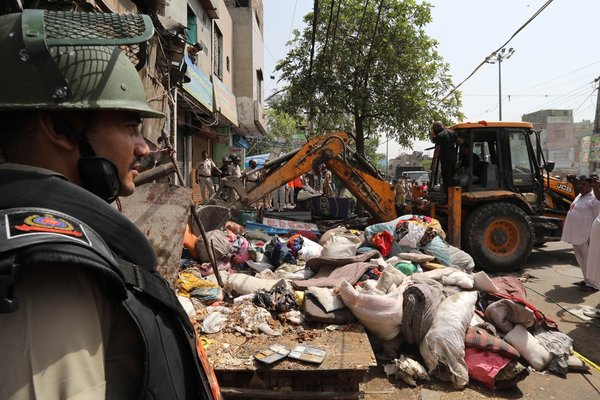 The World Ignored Russia’s Delusions. It Shouldn’t Make the Same Mistake With India.

Leaders have long relied on manufactured history to justify invasions. Russian President Vladimir Putin has denied the existence of an independent Ukrainian state in his bid to take over the country and restore Russia’s perceived greatness. 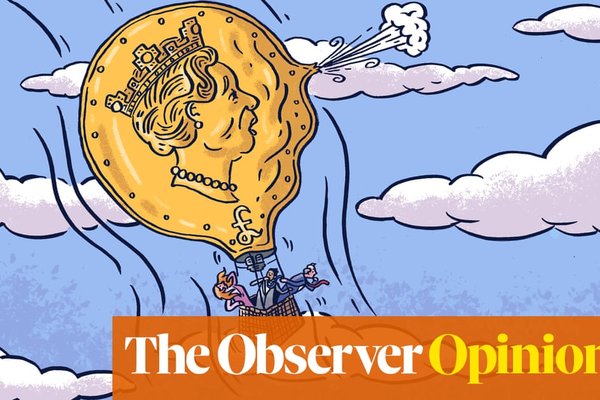 The economy is collapsing. Yet I can’t recall a government so devoid of a plan

Welcome to Britain, May 2022 – and one of the most toxic and dangerous economic moments I can recall. 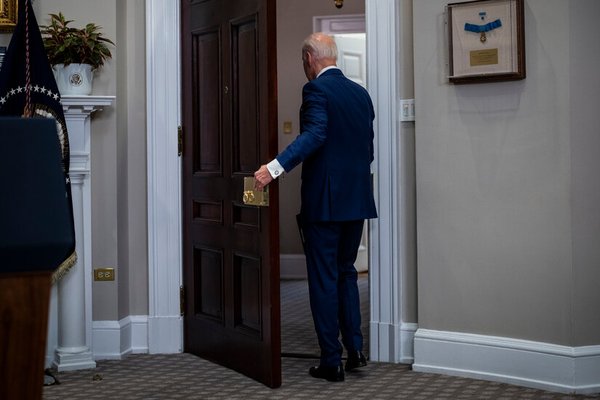 Biden Could Make the World Safer, but He’s Too Afraid of the Politics

Mr. Beinart is a journalist and commentator who writes frequently about American foreign policy. President Biden has the chance to avert a nuclear crisis that could push the United States to the brink of war and threaten the coalition he’s built to counter Russia. 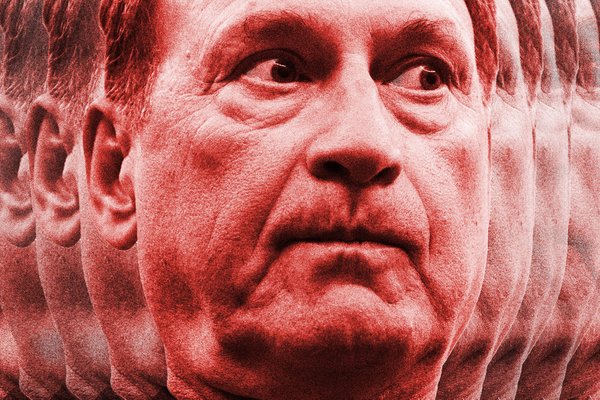 The conservative Supreme Court justice is furious with the pace of social change — and poised to do something about it on Roe and much more. Aziz Huq teaches law at the University of Chicago and is the author of The Collapse of Constitutional Remedies. 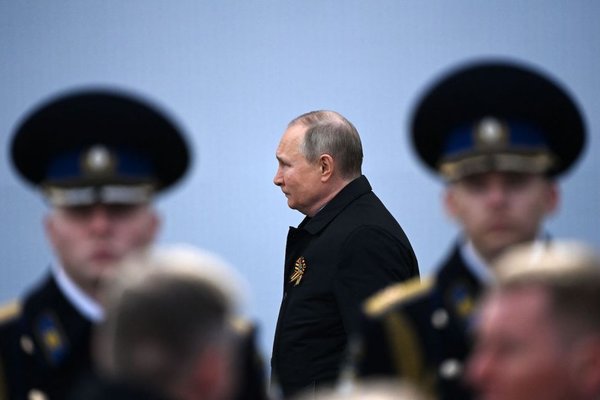 Putin Wants to Keep Fighting. Who Will Fill the Ranks?

How the world is dealing with Russia’s invasion of Ukraine. 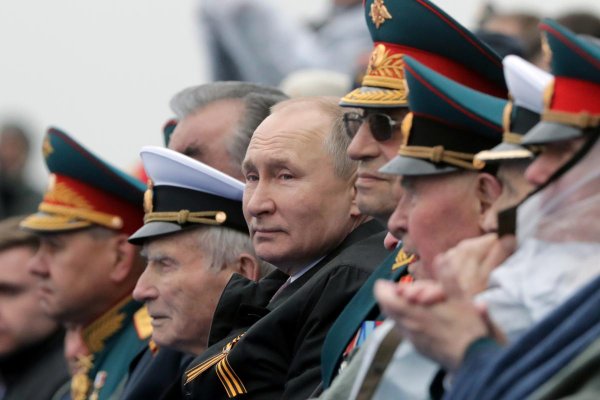 The Coup in the Kremlin 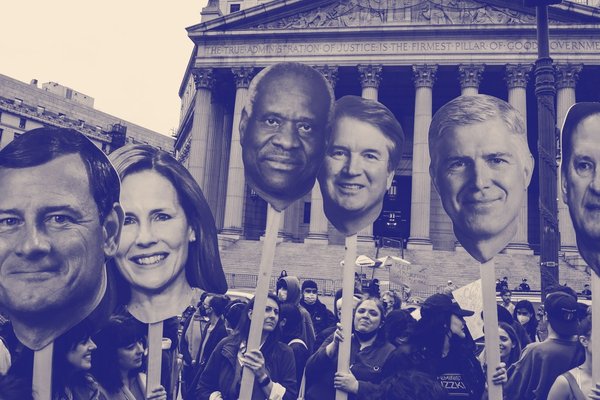 The Supreme Court’s History of Protecting the Powerful

Laurence Tribe, who turned eighty last year, has been one of the most prominent liberal legal scholars of the last half century. 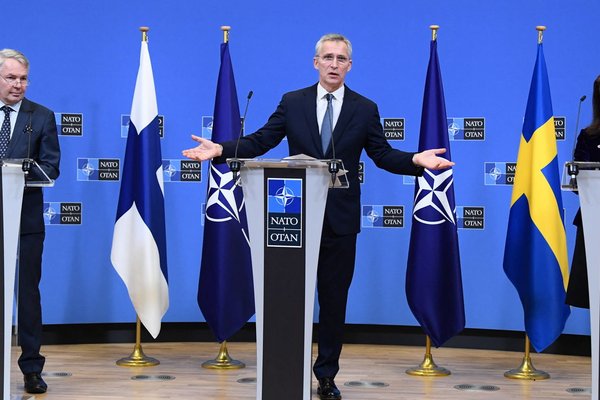 In applying to NATO, Finland and Sweden give the lie to Putin’s claims

The decision of Finland and Sweden to apply for membership of NATO is a damning rebuke to the strategic foresight of Russia’s president, Vladimir Putin. 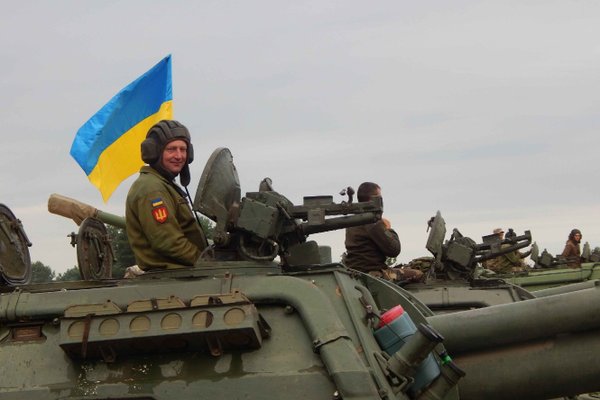 Our friend Michael Kofman popped in for another conversation with Ryan about where things stand in the Russo-Ukrainian War. 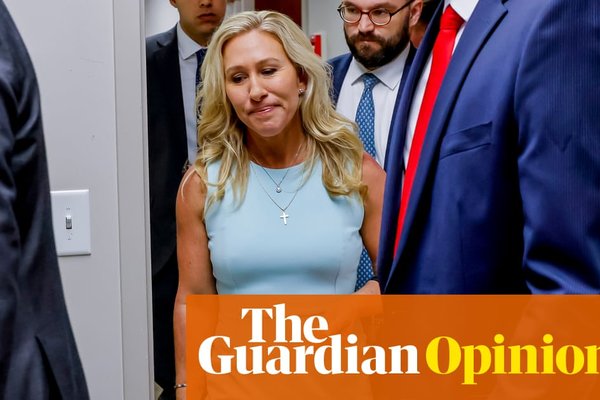 The Trumpian right keeps pushing rule of law to the brink. But the law is winning

This week has seen developments in two important legal battles. At stake is whether we are a society ruled by law or not. Without law, we face not survival of the fittest but survival of the fiercest – those most willing to use intimidation, force and violence to get their way. 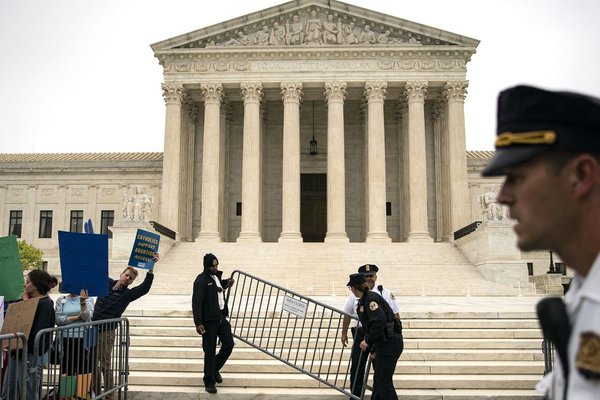 After Roe: 9 legal experts on what rights the Supreme Court might target next

“In overturning Roe by resorting to a time when women were allowed no status in America’s public sphere, the draft puts that very status in jeopardy.” US Supreme Court police officers set up barricades during a protest outside the Court during on Tuesday, May 3. 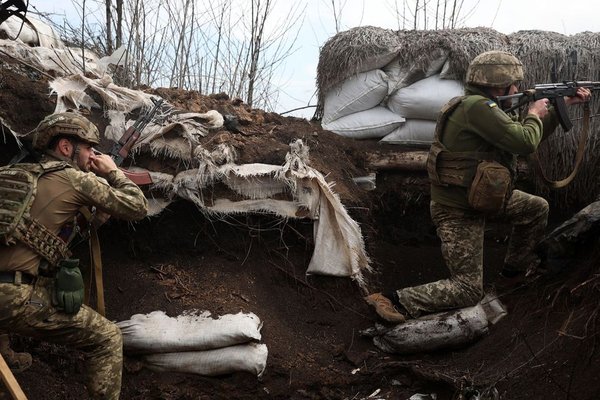 The Secret of Ukraine’s Military Success: Years of NATO Training 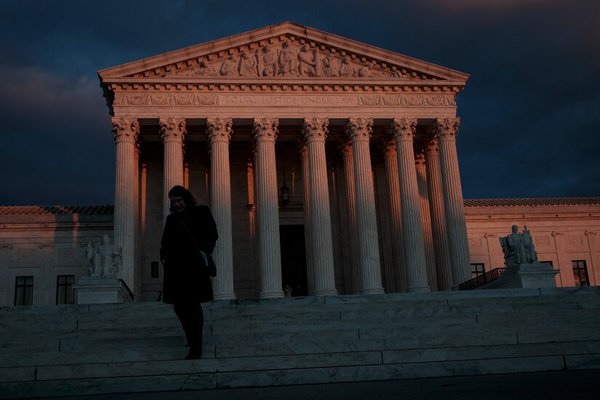 The Supreme Court as an Instrument of Oppression

If you focus on the Supreme Court’s expansion of equal rights since the 1950s, you could see Justice Samuel Alito’s stunning, leaked draft opinion as a shocking, anomalous reversal, a decision at odds with the trajectory of the court. Were The Stimulus Checks A Mistake?

It wasn’t long ago that the U.S. economy needed a shot in the arm. Millions of Americans had lost their jobs as the country shut itself down to slow the spread of a deadly virus. 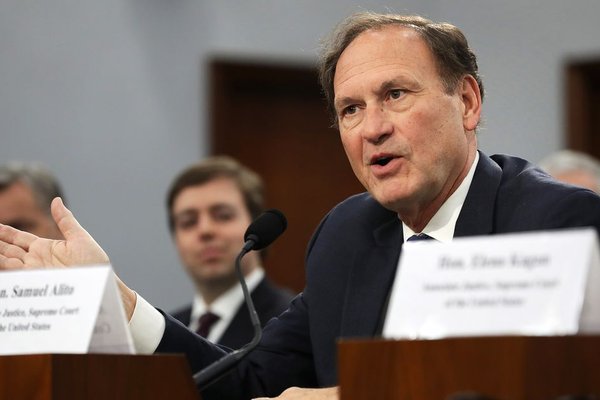 If Roe v. Wade falls, are LGBTQ rights next?

Justice Alito is a staunch opponent of LGBTQ rights, but he may not have the votes to turn back the clock. Justice Samuel Alito’s draft opinion overruling Roe v. Wade, which was leaked to Politico and revealed to the public Monday night, is more than just an attack on abortion. 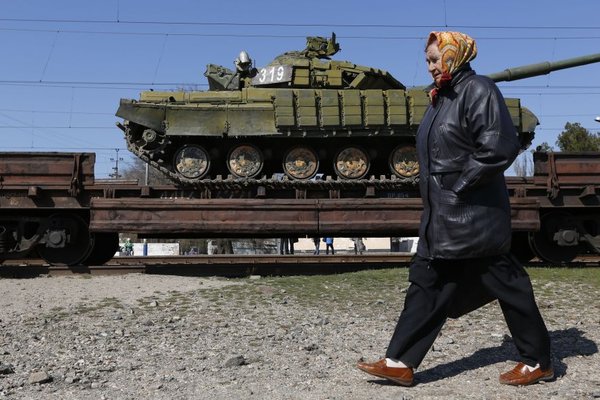 Russia’s Military Has a Railroad Problem

Russia has scaled down its war goals in Ukraine, redeploying its forces to focus on the eastern Donbas region and the strategic port city of Odesa. A central question now is whether this shift in strategy will help solve the Russian military’s many problems with wartime logistics. As the host turned a civil war at Fox to his advantage, he found himself at the forefront of the nativist forces transforming conservative politics. In February 2021, two weeks after taking office, U.S. President Joe Biden gave a speech outlining his foreign policy vision. Over the course of 20 minutes, the new president detailed many of Washington’s overseas interests, including promoting democracy and working with U.S.