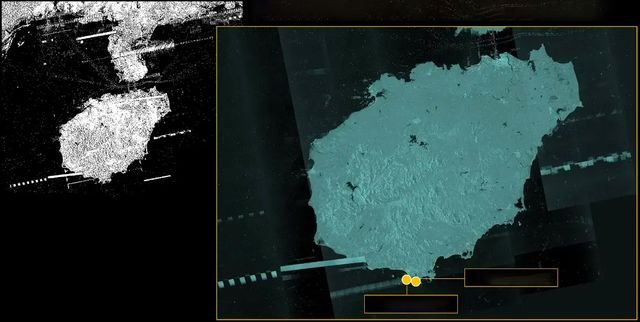 A European satellite designed to collect Earth sciences data and distribute it freely to people around the world has the unintended consequence of detecting military radars. Whoops.

The European Space Agency's (ESA) Sentinel-1 satellite uses a synthetic aperture radar designed to image Earth’s surface, but it’s also canceled out by other radars operating on similar frequencies—including those on warships at sea.

The ESA operates two Sentinel-1 satellites. Parked at an altitude of 700 kilometers (434 miles), both sats are equipped with a C-band synthetic aperture radar, a type of radar designed to form a picture of the ground, using radar instead of light beams. The radars image approximately 700 kilometers at a time.

As the radar travels through the air, space, or on the ground, it's able to render a picture of the area being radiated, even creating 3D images.

ESA created the Sentinel-1 satellites for the public good, with all data being released for analysis within hours of collection. The satellites are considered useful for following oil spills, monitoring the health of forests and agriculture, and tracking natural disasters like flooding, fires, and earthquakes. 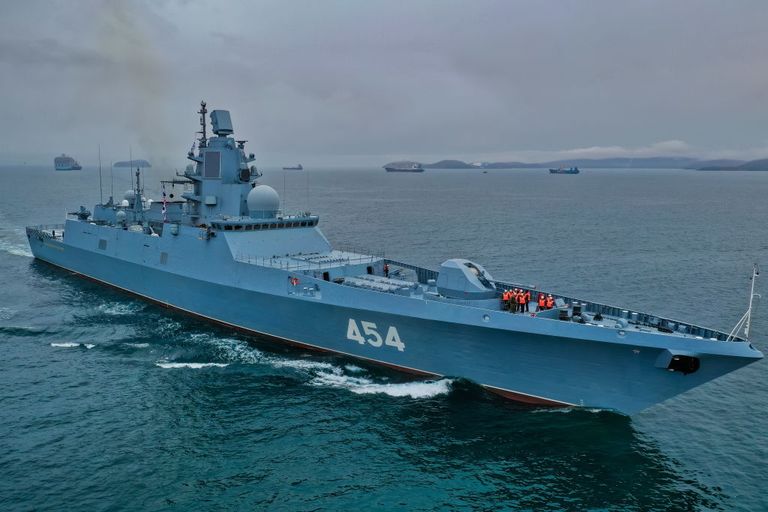 Admiral Gorshkov, the lead ship of the class, arriving in Vladivostok, May 2019.  Photo by Yuri Smityuk/Getty Images

But the satellites’ C-band ultra-high-frequency radar has an unusual drawback: it’s effectively blinded by other radars that also operate in the C-band. That interference shows up in the Sentinel-1 data, which can be interpolated into satellite imagery. Previously, Sentinel-1 revealed Patriot missile radars operating in Israel.

Now, Naval News reports Sentinel-1 has picked up the radar systems of Russian Navy warships at sea. The ships were in the Barents Sea from October to December 2020 supporting a hypersonic missile exercise.

Naval News has identified one warship type in particular, an Admiral Gorshkov-class guided missile frigate. The interference caused by Gorshkov’s radar can identify the radar azimuth and even individual radar pulses. The site has also overlaid Sentinel-1 radar data over China’s Hainan Island, home of important Chinese Navy bases, as well as the west coast of North Korea, revealing operating radars near those strategic locations.

Sentinel-1 is of limited use to track warships. Unlike ground-based radars, which typically help defend a fixed spot, warship radars are attached to warships that can move up to hundreds of miles a day. Still, it’s possible—and the longer a ship stays in place while radiating, the more likely it can be detected.