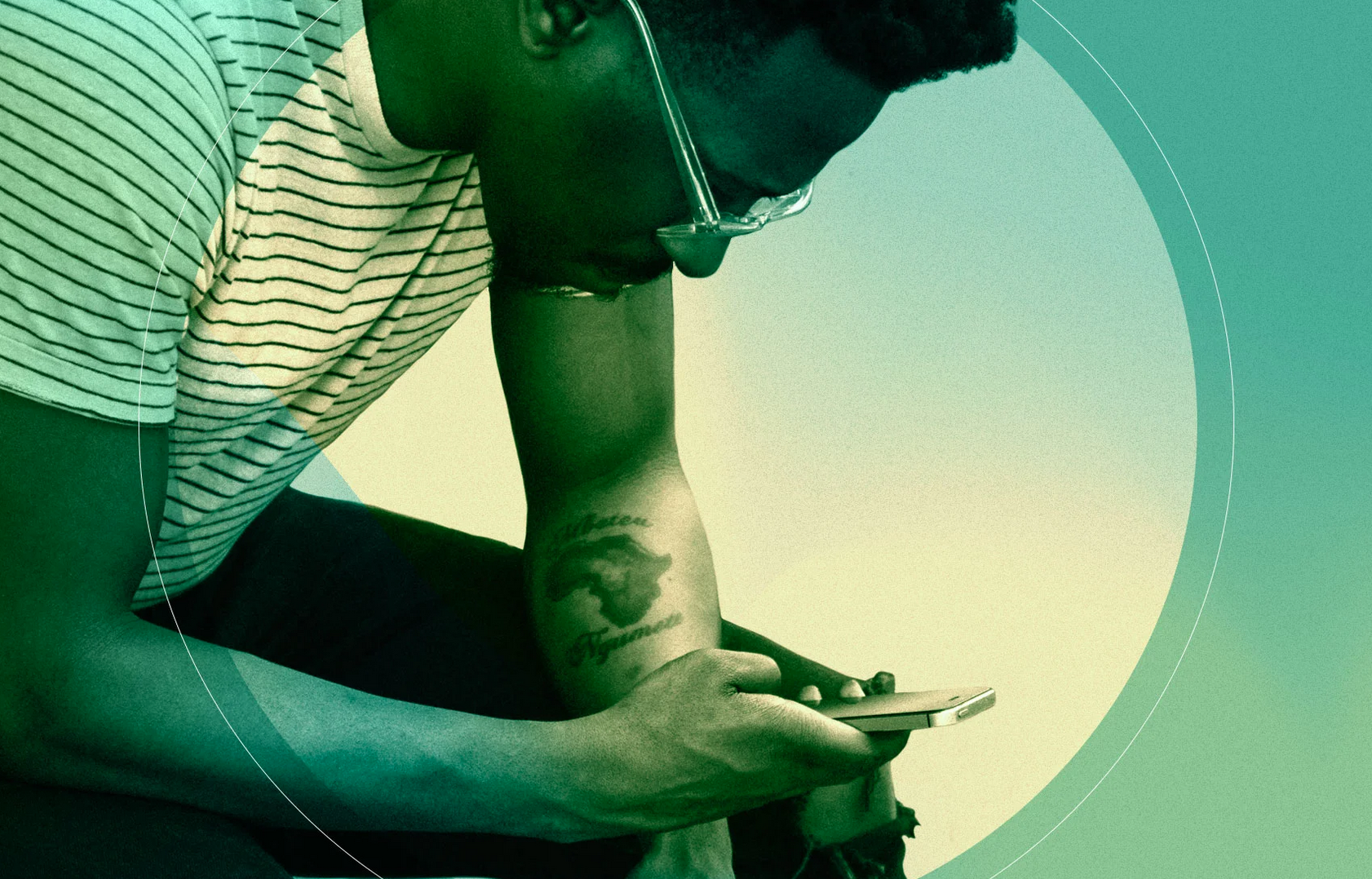 Digital therapy became a mainstay during the COVID-19 pandemic, but psychologists warn that not all apps are helpful.

Digital therapy is here to stay. When the COVID-19 pandemic hit, therapy apps were already starting to gain popularity amongst people struggling with issues ranging from stress to serious mental illness. When offices went virtual, they secured their spot in the mental health space. While some applications like Talkspace and Betterhelp connect you with a licensed therapist, a substantial portion of the market has gone fully humanless. Friendly chatbots offer cognitive behavioral therapy; mood trackers prompt users with bipolar disorder to monitor their disposition; apps designed to help treat post-traumatic stress disorder claim to guide people through acute episodes with deep breathing exercises.

The new technology has the potential to help people without regular mental healthcare recognize and manage symptoms of mental illness. That’s a huge benefit at a time when mental healthcare is virtually unobtainable for around half of Americans living with mental illness, says Jason Moehringer, a clinical director at ClearView Communities, a residential treatment facility for people with serious mental illness, and co-founder of PsyberGuide, a website that provides evidence-based reviews of mental health applications. Apps can provide many things that traditional therapy often cannot: They are usually cheaper and they don’t require a commute to an office. Some studies suggest that select applications can be effective treatments for mental illness. At the same time, experts are concerned about the rapidly growing and unregulated market for these apps.

With no regulatory body actively vetting mental health apps, users are left to navigate an explosion of options that range from expert-recommended to potentially harmful. “Many claims are made that may or may not accurately reflect what these products actually offer,” Moehringer says, “It’s the wild west.”

The market for mental health applications (also known as “mHealth”) has grown at a shocking pace, says John Torous, an assistant professor of psychiatry at Harvard Medical School. Mental health apps have been around as long as the devices that offer them, but starting in 2016, the digital tools exploded both in number and popularity. Today there are approximately 10,000 to 20,000 mental health apps available, according to the American Psychological Association. And the COVID-19 pandemic has likely given the market an added boost, Torous adds. Over the past year, Americans have only become more receptive to the idea of using technology to care for their health.

Despite the mHealth apps’ newly found popularity and ubiquity, not all mental healthcare providers are onboard with their use. When designed properly, these technologies have been shown to help their users’ mental health and wellbeing. For example, in 2017, Torous and an international team of psychologists compiled data on the efficacy of 22 different smartphone apps. All the data they pooled came from randomized controlled trials, the gold standard of scientific evidence, which randomizes participants into a treatment or no-treatment group. Their results, published in the journal World Psychiatry, found that, overall, the smartphone apps they assessed helped people feel moderately less depressed. Other analyses have found similar results. Mental health apps can help people feel less anxious, reduce schizophrenia symptoms, and even stop smoking.

Some of the studies Torous and his colleagues analyzed even suggested that mHealth apps might be as or more effective than in-person therapy, though Torous said this last finding should be taken with a grain of salt. A body of work published since 2017 suggests that these apps work best when combined with in-person therapy. Plus, he adds, these clinical studies aren’t totally generalizable to the average app user’s experience. For example, trial participants might be more motivated to participate in an mHealth treatment program. The average user, in comparison, tends to stick with an mHealth app for around two weeks, Torous says.

And for people who do need more hands-on treatment, mHealth can help guide them towards in-person therapy. “It can provide such a great foot in the door,” says Colleen Stiles-Shields, a professor of psychiatry at Rush University Medical Center. After all, seeking mental health treatment is still laden with stigma. An app can be an easy and discreet first step.

There’s a catch: The number of mental health apps vetted by scientists pales in comparison to the plethora that are out there. And it’s nearly impossible to distinguish what’s legit from what’s not.

Technically, mHealth apps that provide treatment advice are considered medical devices by the U.S. Food and Drug Administration (FDA). But, in general, app developers can make treatment claims without going through the FDA because the regulatory agency exercises what’s called “regulatory discretion” with regards to mHealth apps. Because the risks associated with using the apps are relatively low,  the FDA takes a laissez faire approach towards the mHealth market. If a particularly harmful app came to the agency’s attention, the FDA would have the power to take the app down from the various app stores. In practice, though, the sheer volume of applications and limited capacity of the FDA means that many apps make unsubstantiated claims and get away with it, Torous says. “No one seems to be checking the veracity of their claims,” he wrote in a text message.

Literally anyone can develop and market one of these apps, Moehringer says. “It’s difficult for professionals to tell the difference sometimes, much less prospective consumers who are just looking for some relief,” he adds.

Some of the advice offered by these apps can be downright harmful. A 2015 review published in the Journal of Medical Internet Research, which analyzed the quality of mHealth apps, found that one app (the study didn’t call any apps by name) for bipolar disorder advised users experiencing a manic episode to “take a shot of hard liquor” to help them fall asleep. Another app cautioned that “sometimes bipolar disorder can transfer to another relative if they spend too much time with you and listen to your depressive life.”

Torous is also concerned about data privacy. Many mHealth apps collect sensitive mental-health data to sell for ad-revenue, Torous says. “The biggest potential risk of this is the unknown. What’s going to happen to your data in the future?” he says. In 2020, hackers attacked mental health clinic Vastaamo, which had backed up all of its client data digitally, and demanded ransom from an estimated 30,000 current and former patients, threatening to leak their notes from therapy. Torous worries that data from mHealth apps could be similarly vulnerable.

In 2012, Moehringer began working at the non-profit Psyberguide, which offers objective and evidence-based reviews of mHealth apps. He and two other psychologists trawled through the app store and tested mHealth apps, investigating data privacy, whether the developers had consulted experts and included evidence-based content. At times, it was frustrating work. He was reviewing hundreds of apps, and he knew his contribution was only a drop in the bucket. As the technology transformed, the organization didn’t have the funding to keep up. Psyberguide keeps churning away, but not quickly enough to include a comprehensive and up-to-date portrait of the market, experts say.

It’s unlikely that mHealth apps will ever overtake therapy, Torous says. Research suggests that most people are open to using these apps, but would prefer to meet with a mental healthcare professional in-person. Still, when choosing apps, Torous recommends taking a cautious approach. Websites like Mindapps.org offer information on hundreds of apps, including data privacy.  Users trying to determine whether an app is effective and evidence-based should skip doing their own internet research, Torous says. “It’s increasingly difficult to tell if an app is effective,” he says. Additionally, he says, many app developers run their own studies, which is a conflict of interest. Instead, he recommends going to a medical professional, like a physician or psychologist, and see what they recommend. At the very least, a professional can take a look at the app and make sure that it’s consistent with evidence-based treatments.

Ultimately, this work of indexing and vetting mHealth apps should fall on app stores or government regulatory agencies, not small nonprofits, Moehringer says. Marketplaces could require app developers to submit their product for verification in order to make claims about mental health or wellness, he says. At the very least, they could require developers to work with the guidance of a licensed professional. Moehringer doesn’t see that happening in the near future. Regulation would almost certainly eliminate most health apps while dramatically increasing development costs. As a result, the FDA faces pressure to stay out of the app market, he says. Moehringer thinks a pared-down market and higher barrier to entry for developers would be a good thing. “We have various boards monitoring all kinds of medical interventions,” he adds. “I don’t see a reason why that model couldn’t be repeated here.”

Isobel Whitcomb is a freelance health and environmental journalist based in Portland, Oregon. Passionate about covering the intersection of science and the human experience, they cover everything from wildfire to chronic pain. Her work in Popular Science focuses on exploring the wellness industry and debunking health misinformation.