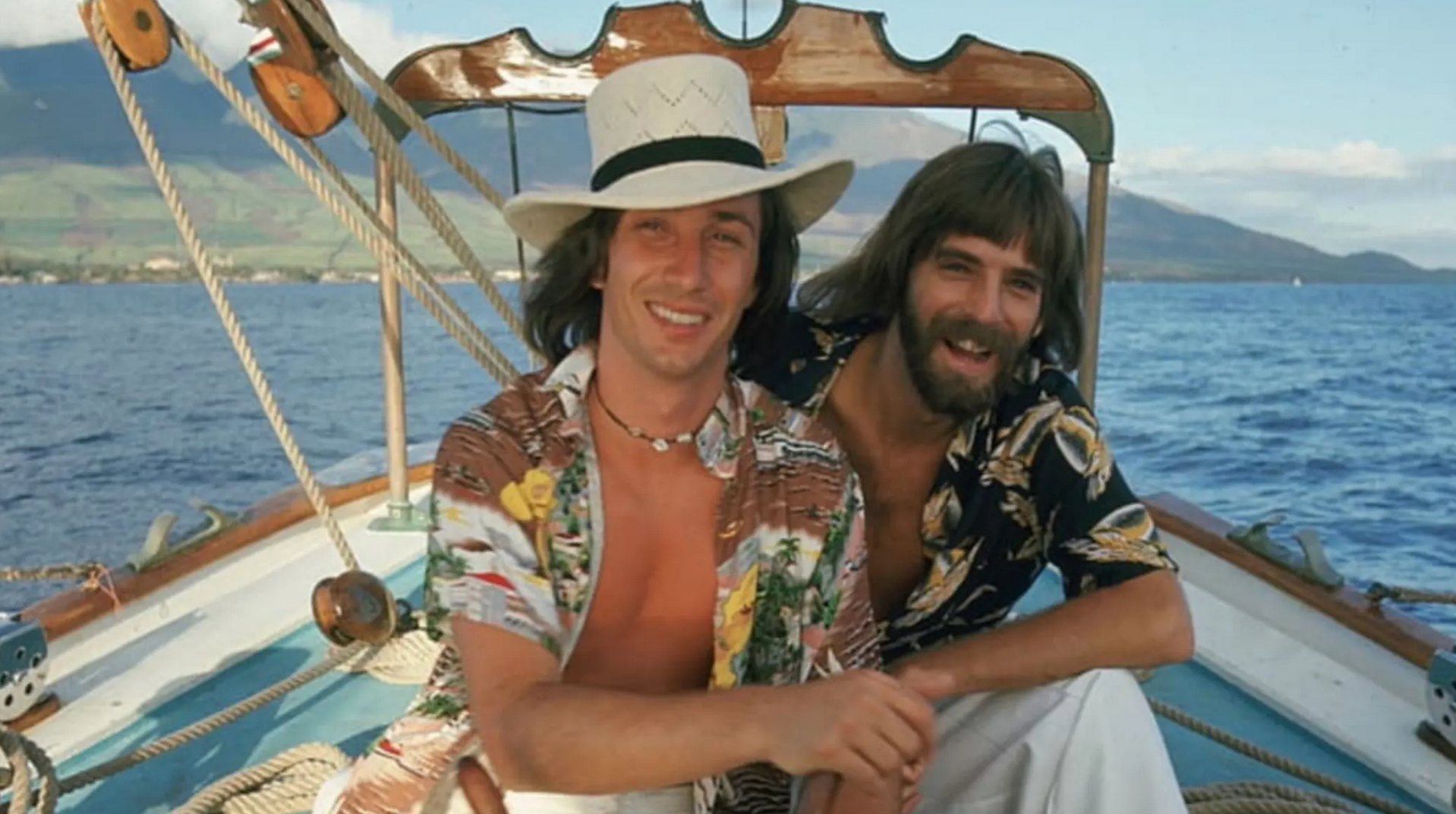 It’s not often that an entire genre of music gets retconned into existence after being parodied by a web series, but that’s exactly what happened after writer, director, and producer J.D. Ryznar and producers David B. Lyons and Hunter D. Stair launched the Channel 101 web series Yacht Rock in 2005. Hosted by former AllMusic editor “Hollywood” Steve Huey, the series was a loving sendup of the late '70s/early '80s smooth jams to which many Millennials and late period Gen-Xers were likely conceived.

The yacht rock aesthetic was innovated by a core group of musicians and producers including, but not limited to, Christopher Cross, Steely Dan, Robbie Dupree, Kenny Loggins, Toto, David Foster, and hirsute soft rock titan Michael McDonald, along with scores of veteran session musicians from the Southern California studio scene.

The Yacht Rock web series was perfectly timed to coincide with a contemporary renaissance of smooth music from the late '70s, the kind that was previously considered a guilty pleasure because it fell out of fashion in the mid-'80s and was soon thereafter regarded as dated and square compared to other burgeoning genres, like punk rock and hip-hop.

The yacht rock era began roughly around 1976, when yacht rock pillar Kenny Loggins split up with songwriting partner Jim Messina to strike out on his own. That same year, fellow yacht rock mainstay Michael McDonald joined The Doobie Brothers. The two titans of the genre joined forces when Loggins co-wrote the definitive yacht rock hit “What a Fool Believes” with McDonald for the Doobies. They collaborated several times during this era, which was par for the course with such an incestuous music scene that was largely comprised of buddies playing on each other’s albums.

"Look at who performed on the album and if they didn’t perform with any other yacht rock hit guys then chances are [it's] ‘nyacht’ rock,” Ryznar said on the  Beyond Yacht Rock podcast, referencing the pejorative term frequently used to describe soft rock songs that just miss the boat.

"The basic things to ask yourself if you want to know if a track is yacht rock are: Was it released from approximately 1976 to 1984? Did musicians on the track play with Steely Dan? Or Toto?," Ryznar said. "Is it a top 40 radio hit or is it on an album meant to feature hits?" And, of course, does the song celebrate a certain breezy, SoCal aesthetic?

There are certain key ingredients necessary for a track to be considered yacht rock. For starters, it helps (though is not necessary) to have album art or lyrics that specifically reference boating, as with Christopher Cross's landmark 1980 hit “Sailing.” The music itself is usually slickly produced with clean vocals and a focus on melody over beat. But above all else, the sound has to be smooth. That’s what sets yacht rock apart from "nyacht" rock.

"Its base is R&B, yet it’s totally whitewashed," Ryznar explained on  Beyond Yacht Rock. "There [are] jazz elements. There can be complex, challenging melodies; the solos are all cutting-edge and really interesting. There’s always something interesting about a true yacht rock song. It goes left when you expect it to go right."

Yacht rock’s complex musicianship can be attributed, in part, to the session players on each track. Musicians like percussionist Steve Gadd, guitarist and Toto founding member Steve Lukather, and Toto drummer Jeff Porcaro don’t have much in the way of name recognition among casual soft rock listeners, but they’re the nails that hold the boat together. Steely Dan, “the primordial ooze from which yacht rock emerged,” according to Ryznar, famously cycled through dozens of session musicians while recording their 1980 seminal yacht rock album Gaucho.

"These musicians were not only these slick, polished professionals, but they were highly trained and able to hop from style to style with ease,” Huey explained on  Beyond Yacht Rock. “Very versatile.” 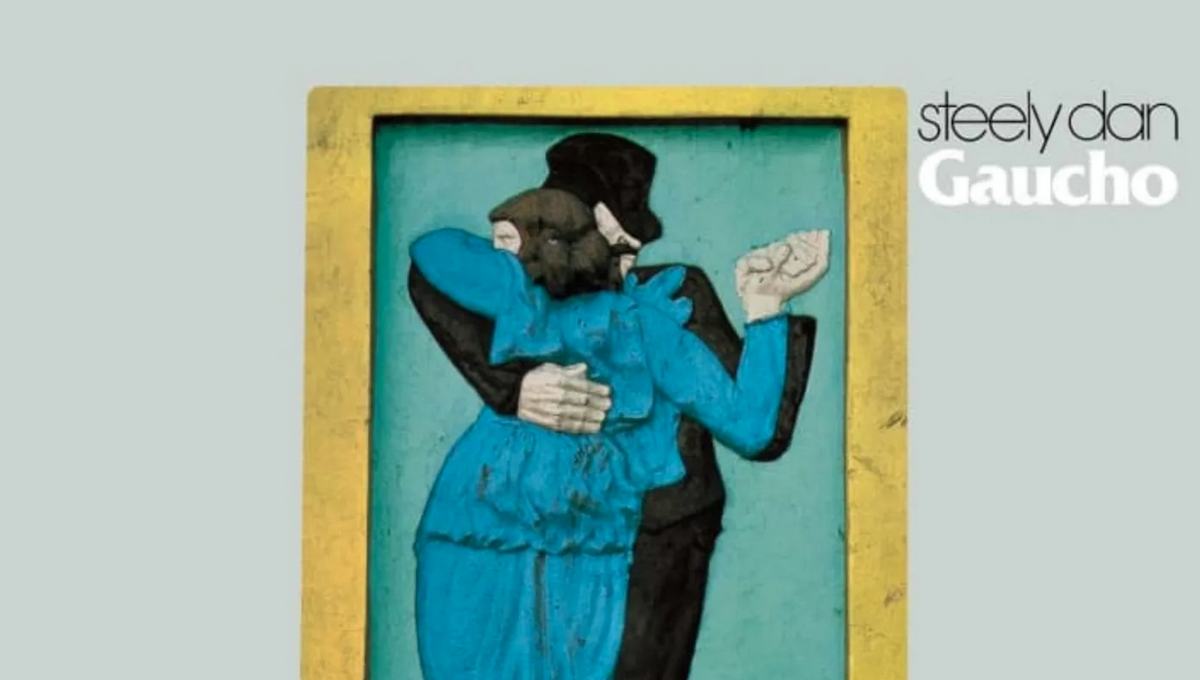 Steely Dan has been described as "the primordial ooze from which yacht rock emerged." / Geffen

In Greg Prato’s 2018 tome, The Yacht Rock Book: An Oral History of the Soft, Smooth Sounds of the 70s and 80s, Huey broke down “the three main defining elements of yacht rock,” explaining that it requires “Fusing softer rock with jazz and R&B, very polished production, and kind of being centered around the studio musician culture in southern California … It’s not just soft rock, it’s a specific subset of soft rock that ideally has those elements."

Whereas the music of the late 1970s and early ‘80s is often associated with the anti-establishment music of punk pioneers like the Dead Kennedys and the socially conscious songs being written by early hip-hop innovators like Grandmaster Flash and the Furious Five, yacht rock is the antithesis of the counterculture.

Yacht rock occupies a world that is completely apolitical and untethered to current events. Between the oil crisis, a global recession, and inflation—not to mention the fact that the U.S. was still licking its wounds from the loss of the Vietnam War and the disgrace of Watergate—the late '70s were a dark time for Americans. Yet yacht rock, at its heart, is a tequila sunrise for the soul, whisking the listener away to a world where they have the time, and the means, to idle away the hours sipping piña coladas at sea while decked out in flowy Hawaiian shirts and boat shoes.

Yacht rock was never edgy, nor did it ever feel dangerous. Yacht rock didn’t piss off anyone’s parents and no one ever threatened to send their kid to boot camp for getting caught listening to Kenny Loggins's “This Is It.” Yacht rock tracks are more of a siren song that invite your parents to join in on the chorus anytime they hear Toto’s "Rosanna."

Yacht rock songs are meant to set the soundtrack to a life where the days are always sunny, but as Ryznar pointed out on Beyond Yacht Rock, there’s “an underlying darkness”—just not the kind that’s going to derail a day of sailing to Catalina Island. No, yacht rock has elements of low-stakes heartbreak with sensitive male protagonists lamenting their own foolishness in trying to get back together with exes or hitting on women half their age.

The aspirational aspect of the genre dovetailed nicely with the overarching materialism defining the Reagan era. “Yacht rock was an escape from blunt truths, into the melodic, no-calorie lies of ‘buy now, pay never,’ in which any discord could be neutralized with a Moog beat,” Dan O’Sullivan wrote in Jacobin.

Although the cult comedy series Yacht Rock ceased production in 2010, the soft rock music revival it launched into the zeitgeist is still going strong. For the past few years, SiriusXM has been running a yacht rock station during prime boating season, or what those of us without bottomless checking accounts refer to as the spring and summer months. Yacht rock tribute acts like Yacht Rock Revue are profitable business endeavors as much as they are fun party bands. There’s also a glut of yacht rock-themed song compilations for sale and a proliferation of questionably curated genre playlists on Spotify.

Whether you believe yacht rock is an exalted art form or the insidious soundtrack to complacency, any music lover would probably agree that even a momentary escape from the blunt truths of life is something we could all use every now and then.